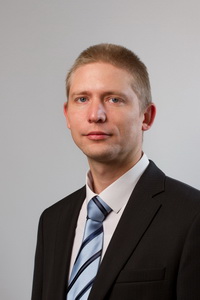 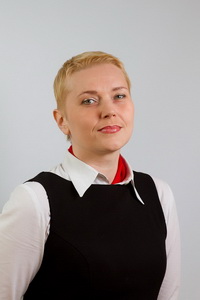 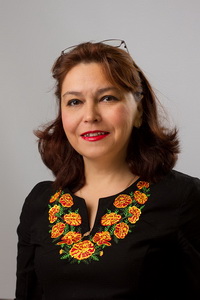 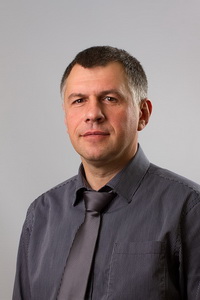 Main task of Tutkovsky Ltd. as the operational company of the TUTKOVSKY International Hub of Natural Resources is to establish the international network of partner enterprises and the organization of their cooperation (network cooperation) in the frame of an industrial platform from effective and balanced use of natural resources.

The operational company of the Hub carries out the functions as follow:

In its work the Operational company is based on expert and analytical support from the Hub Expert Committee, and coordinates the decisions with them if necessary.

Processing of customers demand, and investors to the projects on use of natural resources first of all, Tutkovsky Ltd. makes selection of the best executors and forms a project consortia and/or expert groups to carry out administration and management of their work.

There are priority investment projects which are managed by the company as follows:

Due to the capabilities of the enterprises as partners of the Hub, Tutkovsky Ltd. can provide services and delivery of the materials and equipment to the industrial companies and the population, maintaining effective and balanced use of natural resources.

Chairman of the Board of Directors of the International Hub of Natural Resources TUTKOVSKY
Deputy Director at Tutkovsky Ltd.

In 1999, Olena Ivanova graduated from the National Technical University of Ukraine “Kyiv Polytechnic University” with a degree in Corporate Management and received the qualification of Managing Economist. She has 20 years of professional experience, including 16 years in the project management segment.

From 1999 to 2012 she worked at Derzhzovnishinform State Enterprise, State Research and Information Centre for Monitoring International Commodity Markets.

From 2005 to 2009 she headed Info-Metal LLC, a consulting company in the mining and smelting commodity market.

In the period from 1999 to 2012 she implemented more than 60 projects as part of the project team of Derzhzovnishinform State Enterprise (governmental economic CIS and EurAsEC summits, national trade shows and exhibitions in trade partner countries of Ukraine, bilateral business forums, projects of international trade facilitation organizations, industrial forums, industry conferences) in Austria, Azerbaijan, Germany, USA, Turkey, Uzbekistan, Ukraine, as commissioned by the Ministry of Economy of Ukraine, the Embassy of the Islamic Republic of Iran to Ukraine, Swiss Export Promotion Organization (SIPPO), World Trade Organization, European Union, United Nations Development Programme (UNDP) in Ukraine, the Centre for Adaptation of the Civil Service to the Standards of the European Union and the European Commission in Ukraine, numerous commercial customers in the field of mining and metallurgy, agriculture, chemical industry, foreign economic activities.

In 2008, as part of the project team of Derzhzovnishinform SE, Olena Ivanova established a Comprehensive System of Information and Consultancy Support and Export Development, as commissioned by the Ministry of Economy of Ukraine.

From 2010, she was Head of Export Support Office at the Trade and Economic Cooperation Department.

From 2012, she worked for TUTKOVSKY Group.

Since 2018 has been Deputy Director of Tutkovsky Ltd.

Administrative Director at Tutkovsky Ltd.
Member of the Board of Directors of the International Hub of Natural Resources TUTKOVSKY

In 1998, Dmytro Chmyrov graduated from Kyiv National Economic University with a degree in Business Economics, Project Management and Consulting. He has 25 years of work experience.

From 1992 to February 1996 he worked as Cashier Accountant and later as Chief Accountant at CHAS Information and Publishing Agency.

Since January 2017, Dmytro Chmyrov has been working for TUTKOVSKY Group of Companies.

Director at Tutkovsky Ltd.
Member of the Board of Directors of the International Hub of Natural Resources TUTKOVSKY

In 2005 graduated from the physical faculty of Taras Shevchenko National University of Kyiv.

From 2005 to 2011 he worked in the State Enterprise "Derzhzovnishinform", State Information and Analytical Center for Monitoring of Foreign Commodity Markets.

In 2008-2010, as part of the project team of the State Enterprise "Derzhzovnishinform", at the request of the Ministry of Economy of Ukraine, participated in the creation of the Integrated Information and Consultative Support and Export Development System.

In 2012 he joined Nadra Group. He ensured coordination of the projects related to web resources, databases and information technologies.

In 2015-2016 he participated in the implementation of the electronic project management system in Hub.

In 2016-2017 he coordinated the introduction of electronic document management system in Hub.

Since September 2010 – director at Tutkovsky Ltd.

Data Processing Director at Tutkovsky Ltd.
Member of the Board of Directors of the International Hub of Natural Resources TUTKOVSKY
Chairman of the Board of PO Ukrainian Association of Geologists
Candidate of geological sciences

She graduated from Taras Shevchenko University of Kyiv with a specialization in geological survey, prospecting and exploration of mineral deposits (Diploma with honours).

From 2000 to 2011 – Administrative Director, in the period from 2005 to 2011 – Head of the Strategic Planning Department, Deputy Chairman of the Board of Public Relations of Nadra Group.

From 2012 to 2014 – Deputy General Director of the Tutkovsky Institute PHEI.

From 2014 to 2016 – Vice-rector for academic work of the Tutkovsky Institute PHEI.

Since 2017 – Member of the Executive Committee of TUTKOVSKY PLC, Rector of the Tutkovsky Institute PHEI.

Since 2020 – Data Processing at Tutkovsky Ltd.

She ensures organization and implementation of the advanced training courses; lectures and seminars with participation of leading scientists of Ukraine and the world; scientific conferences of different levels. She manages release of the popular scientific books, booklets, anniversary publications, etc. Also she coordinates implementation of social and educational projects (author and the co-ordinator of the project «Nadra earthly and spiritual» on the study of geology in school).

Chairman of the Board of All-Ukrainian Public Organization «Ukrainian Association of Geologists».

Author of 40 scientific and popular-scientific publications.